In our five-part series, Road to Money Management, we share stories about Canadians to help you make the most of your financial situation at key stages of your life.

Gord* is a single dad of one child, Kieran*, who is five years old. The 32-year-old father has always been very careful with his money, which he mostly attributes to the solid grounding in financial literacy he received from his parents. Gord has seen many of his peers struggle with debt, even bankruptcy, and wants to make sure that he gives his son as solid an education in money management as possible.

Now that Kieran is five, Gord feels it’s time to start him on an allowance, which will help him learn about money and how to manage it. He wants Kieran to understand the difference between wants and needs and how to save – and eventually learn more complicated concepts. He has been doing a lot of reading on how best to approach it and, since Kieran was born, has been thinking about when and how to start his son on a solid financial path. Research has shown that teens who talk about finances with their parents score a lot higher in financial literacy than those who don’t.

Since he was a toddler, Kieran and Gord would play many games together to introduce the concepts of counting and money as a means to purchase goods and services. Kieran appears to be quite adept at math and already knows how to count money and compare the costs of items when they go grocery shopping.

When considering an allowance, Gord has wondered whether he should tie it to the idea of chores. Some of his friends do that with their kids, with the intent of tying income to work done. But his parents suggested that chores are something that every member of the family needs to do to keep the household running and they shouldn’t be tied to an allowance. Gord decided that he agreed with his parents and plans to keep chores and allowance separate for now.

He has come up with a five-part plan to get Kieran started on an allowance. He is planning to first introduce the idea to him. Talking to his son’s friends’ parents, Gord learned most are giving their children $1 every week for each year of their age – so a five-year-old would get $5 a week. Some are only giving 50 cents. Gord has decided to start by paying his son $4 a week for now.

After their talk, he plans to start giving Kieran his allowance every Friday – in a combination of bills and coins so that Kieran can practise counting it. He has bought two piggy banks for Kieran – one for long-term saving and one for spending. He wants to establish the habit early of not spending all of his money every week. His goal for Kieran is that the boy put $2 a week in the savings piggy bank and $2 a week in the spending piggy bank.

Every time Kieran wants to buy something, Gord plans to have a discussion with his son about how much it costs and how much it takes from his piggy bank. From his own experience, Gord knows that watching savings grow can be as rewarding or even more rewarding than spending money and hopes Kieran will feel the same.

At the end of the first year of allowance, Gord plans to open a bank account for Kieran’s accumulated savings in the one piggy bank, to introduce him to the idea of banking and accruing interest on his savings. He has considered digital apps and might use them in the future but he feels that Kieran needs to understand cash before introducing the concept of digital or virtual money as it’s more concrete.

As Kieran gets older, Gord plans to start introducing the basics of his own finances to Kieran – explaining such concepts as income, monthly expenses, budgeting and debt. He has already talked to Kieran’s teacher and, of course, his parents, about some great educational resources for age-appropriate financial learning.

If you’re not sure where to begin the conversation, Talk With Our Kids About Money, has great resources to get you started.

*Gord and Kieran are not actual people, but their story is indicative of what many people are facing when it comes to finances and money management. It should not be construed as financial advice. Reach out to a financial advisor to discuss your situation and help determine what you need to achieve your financial goals. 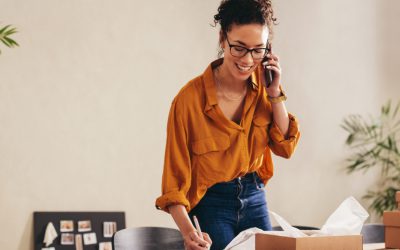 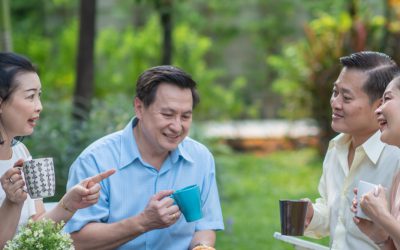 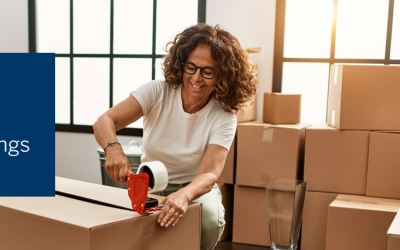